Since 1998, many of Dr. Mattera’s clients have experienced improvement in their personal and professional lives. Here are just a few comments clients and colleagues have written about their working relationship with Joyful Soul, LLC owner Dr. Laurie Mattera:

"Dr. Mattera: I really appreciated going over everything with you a couple weeks ago. I am beginning to understand myself more. I honestly believe it will still take time for all of it to sink in. However, I am feeling pretty confident about things now. Again, I really appreciate the time and effort you put into working with me. I will definitely contact you when other questions pop up. Thanks again!"
From A Former Client
"Dr. Mattera has shown the ability to maintain balance and integrity. She takes her many different responsibilities seriously and shows a persistence to achieve in all aspects of her life. She is intuitive, sensitive and has a great sense of humor. These qualities all add value when working with others, whether colleagues or clients. She is dedicated to performing excellent work and holds high standards for herself and others. Dr. Mattera has demonstrated the capacity to communicate effectively with many clients over the years. She has conducted educational workshops for educators and high school guidance personnel and was always rated as outstanding. Dr. Mattera is a multitalented professional who would be an asset to any organization. She has successfully integrated a lifetime of experiences and education into wisdom in working with others."
From A Colleague
"A huge thank you to you on behalf of myself & my husband. After considering all that you said, our son has taken what you said to heart…your evaluation has given him a base on which to consider his future. Before his consultation with you he just couldn’t get focused, the world was too big and the possibilities too many. Until you spoke with him I don’t think he could see himself in any jobs he had considered. But now he has been reading the information in the notebook, doing some reading online and talking about his future in a way we’ve never seen. He has set 30 day goals for himself. You were able to connect with him in a way nobody else has been able to do. If you weren’t so wonderful at engaging him in a meaningful conversation it would have all been for naught. Perhaps later on he might want to come back and speak with you when he has narrowed his focus more."
From A Former Client

Tele-health Counseling and Consulting sessions with Dr. Mattera are designed to help adults with problems in their daily life find joy and balance. They are not intended for emergent situations. If you are experiencing deeper issues or are in danger of hurting yourself or others, dial 911 or go directly to the emergency room of your local hospital. 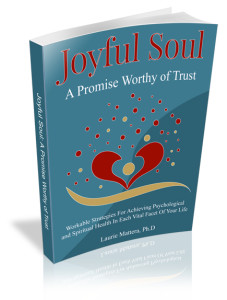